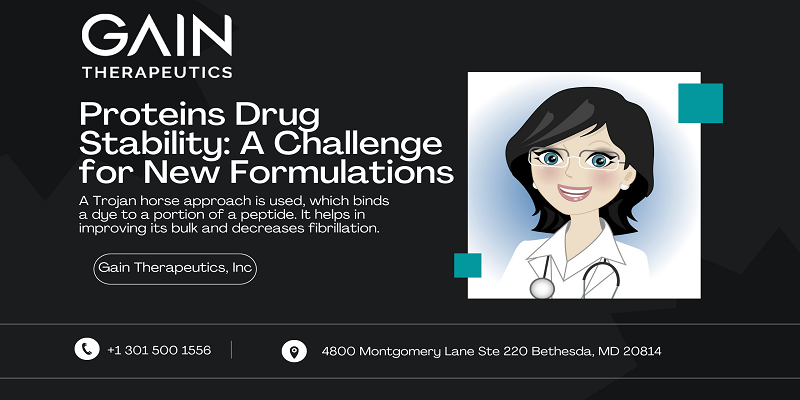 Protein drug stability might seem like a complex term. In simple words it means the stability of drugs which are mainly formulated from proteins. Stability refers to the drug’s behavior in the body which is termed “in-vivo”.

Most of the proteins cause an immunogenic reaction and might also have long-term storage problems. Thus, protein drug stability compromises the advantages derived from such drugs. Therefore, this is a challenge that needs to be addressed and solved.

This is because recombinant DNA technology has revolutionized the world of medicine as we know it. Long gone are the days when you needed animal materials or biologicals. Now is the world of fermentation, cloning, and DNA genotyping. They could also reach the market faster than conventional drugs.

Problems in the formulation of proteins

But with all these advantages, there comes the problem of protein drug stability. So, we need to find out solutions to this instability. Because proteins are naturally derived and thus far more susceptible to microbial contamination, viruses can also contaminate them.

Then comes the problem of the bioavailability of such drugs. Usually, protein-derived drugs are not stable in the gastric mucosa. This is why most of them are administered parenterally (through an injection.)

The oral route is not feasible for them because of their high molecular weight. Because of this instability in the gastrointestinal tract, delivery through other routes is being researched.

But again, even through the pulmonary or nasal route, the bioavailability is still low. The solution can be lyophilization of the drug or mutagenesis. Mostly, a solution form or lyophilized (freeze-dried) powder is commonly used.

Proteins cause numerous problems during the processing of a drug. But the first and foremost complication is the aggregation of proteins. This occurs during Ph changes, its concentration, and of course agitation. All of these situations cause the protein to agglomerate together, resulting in decreased efficiency of the drug product.

Forces such as shear stress cause the unfolding of protein structures. Unfolding occurs with more frequency in large, multi-domain proteins than the smaller, single-domain ones. All of these factors affect protein drug stability.

A Trojan horse approach is used, which binds a dye to a portion of a peptide. It helps in improving its bulk and decreases fibrillation. Many proteins are used in very high amounts and these require a concentration of proteins.

Solutions to instability can be a chemical modification such as PEGylation or Acylation. Pharmaceutical formulation is also used as lyophilization, as discussed before and micro-encapsulation. To know more, consult us.